Nine Gems Ring: the Meaning, the Belief, the Over 100-Year-Old Story 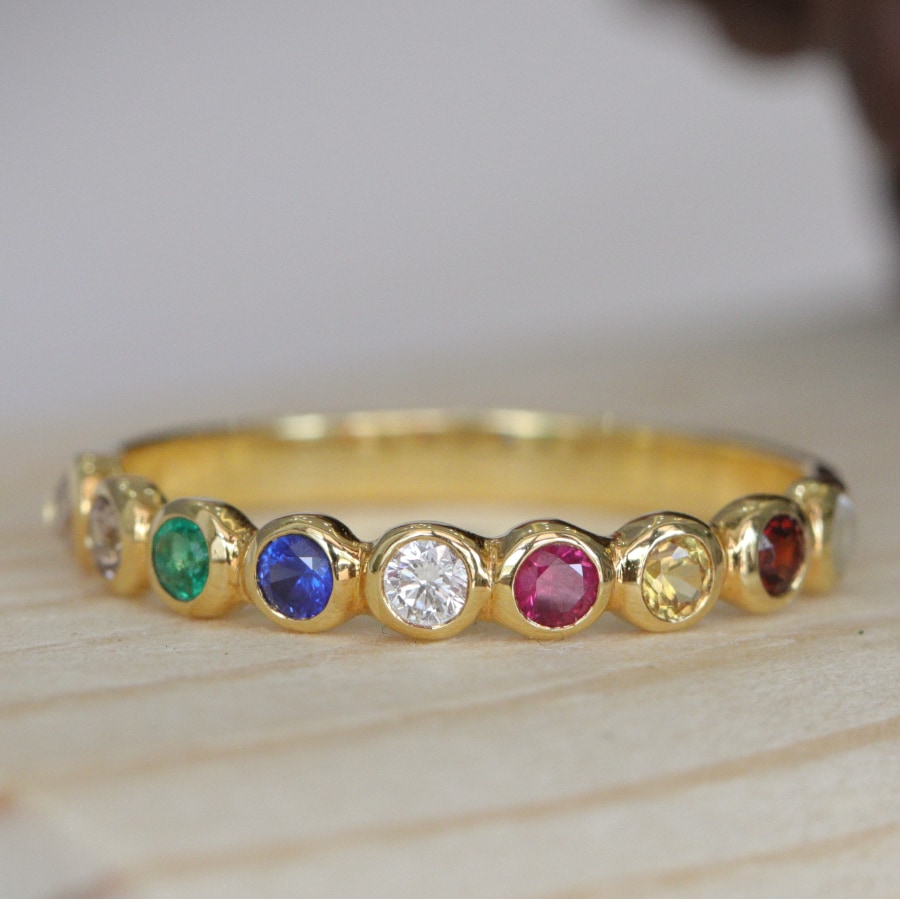 The belief behind the ‘Noppakao Ring’, or the nine gems ring, is one that has lasted over a hundred years. It is widely worn because of the belief that it will bring constant good fortune in wealth and abundance to its wearer.

The nine gems ring that is popular among believers is the ‘Pirod Noppakao Ring’. The band is made from gold and is decorated with 9 auspicious gems and those gems are diamond and 8 other important gems, ruby, emerald, topaz, sapphire, garnet, moonstone, zircon, and chrysoberyl (Cat’s Eye). The belief is that the nine gems ring will bring a special power with it to bless its wearer.

The Belief in Gems

With observation, you can see that humans, regardless of their race and nation, all over the world; east or west or even in ancient Greece and Egypt as well as Thailand – you may see that all believe in the special power a gem brings.

Since ancient times, us humans have known to use gems to decorate their appearances, for beauty. They are also used as charms and trinkets from the belief that different trinkets will have auspicious properties that can protect them from harm and bring happiness and good fortune to them. 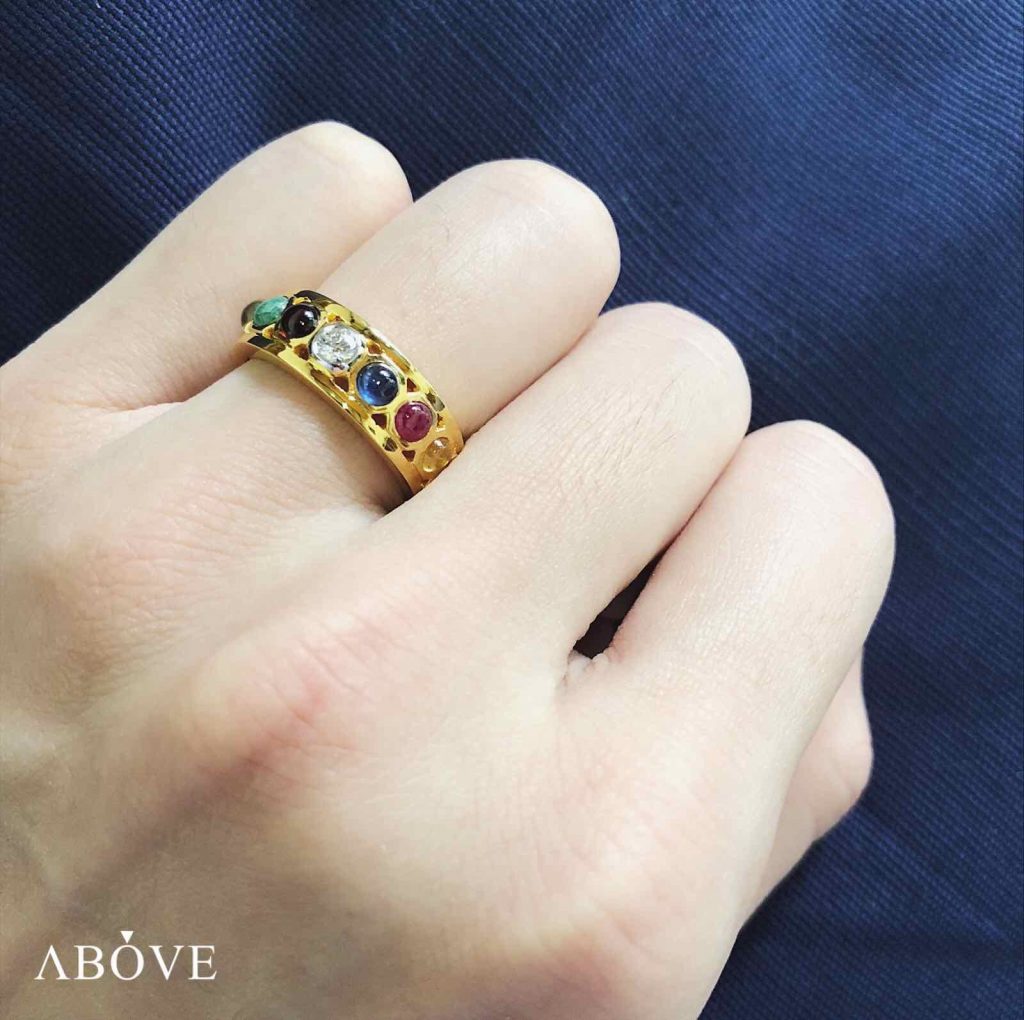 As for Thailand, the belief in the power of gems is influenced by India. There are 9 gems that are believed to be most auspicious of all gems in the traditional Thai beliefs scroll. They are known in Thai as ‘Noppakao’ or ‘Nopparat’. The belief is that each of the gems is a representation of all the 9 planets in our solar system (In the past, Pluto was considered a part of our solar system). Each gem will have its own deity with different auspicious properties that will protect harm from those who wear the gems. If anyone has them in their possession, they will rise in success.

The name of the gems and their unique colorful properties have also been turned into an easy-to-understand poem. Many of our Thai readers will be familiar with this poem that they studied when they were students. The poem is translated as follows:

Read more: What’s the price of a 1 carat diamond ring?

The auspicious meanings of each gem are as follows: 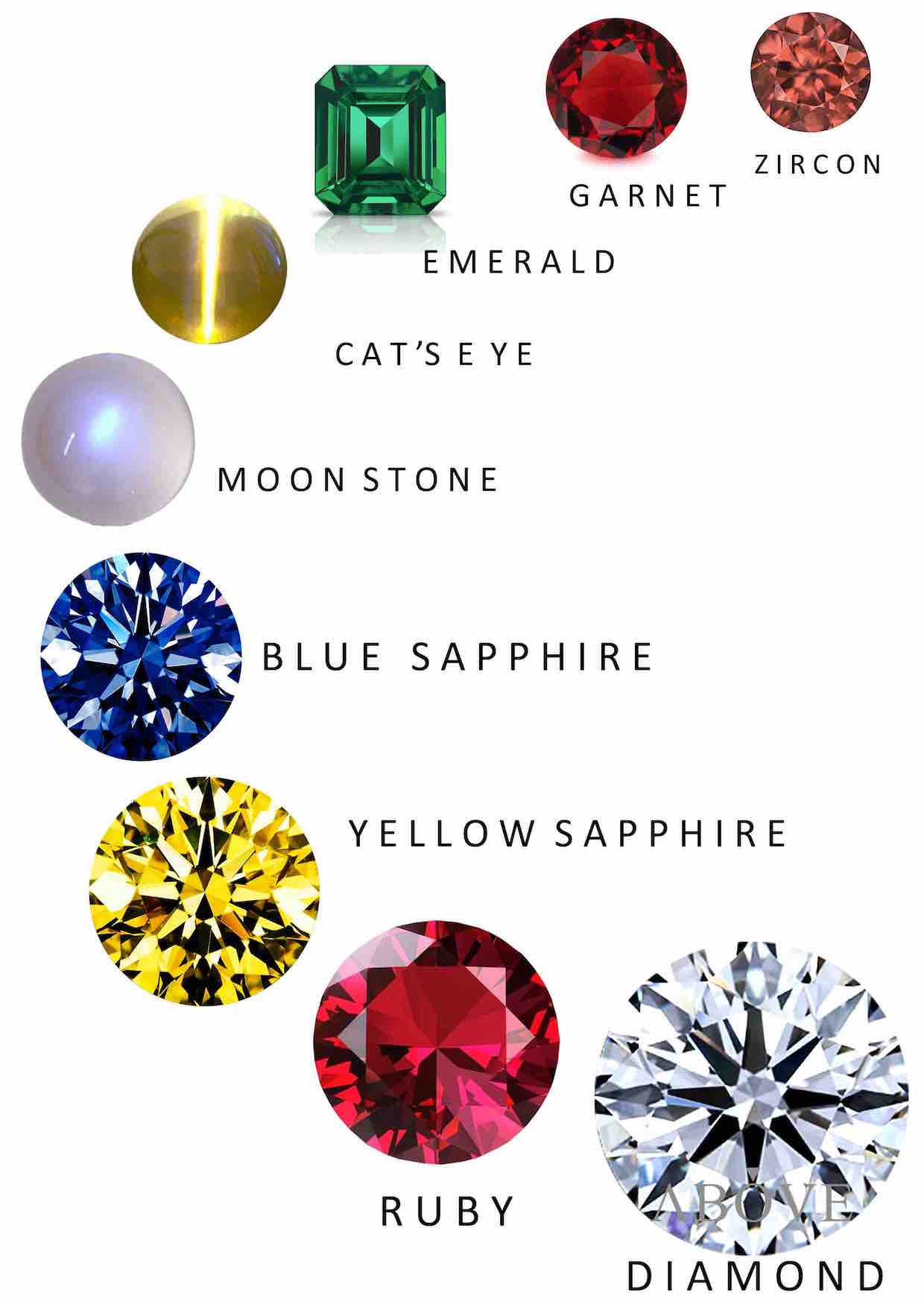 Other than this, the word ‘Nopparat’ is also a part of Bangkok’s full name*, the Thai capital since the Rattanakosin era. The name was given by King Phra Phutthayotfa Chulalok Maharaj (King Rama I), who compared Bangkok to a heavenly city that is abundant with the nine gems.

Under King Phra Chula Chom Klao Chao Yu Hua’s (King Rama V) reign, he ordered the creation of a nine gems pendant to be worn on a sash for the first time in Thai jewelry, as well as ordering nine gems ring to be created as an honor to be given to royalty and senior ranking noblemen.

That is why the nine gems ring is considered extremely valuable and it has been considered that for a hundred years because of the belief that each gem posses an auspicious property that will protect the wearer from harm and completely remove negative entities from their life – if anyone possesses the ring, great fortune will be with them. They will find success in whatever they do. This reflects the collection of beauty, belief, and faith in the nine gems ring. This is the reason why the nine gems ring will have both beauty and value in itself without a need for embellishment.

Nowadays, jewelry made from the nine gems, especially the nine gems ring, is widely spread in the general population for both men and women. They believe that by just having a nine gems ring in their possession, they will have good fortune because each gem will bring different auspicious property with them.

Here’s an old Thai poem which praised about the nine gems:

Diamondbrings greatness, no enemies may bind. Rubybrings longevity and fruitfulness.All glory and fortune manifest. Emeraldprotects from danger, away from ivory claws. Topazcasts charm, protects from deceit. Garnetwarns of incoming danger, setting the heart free of worry. Sapphireemphasizes wealth, leads it to us. Moonstone, beautiful and alluring, deserving of attention. Zirconsaves us from foolish conviction. Cat’s eye, it is told, protects us from fire and all danger. Destine the angels to protect. Meet the value of the nine gems. 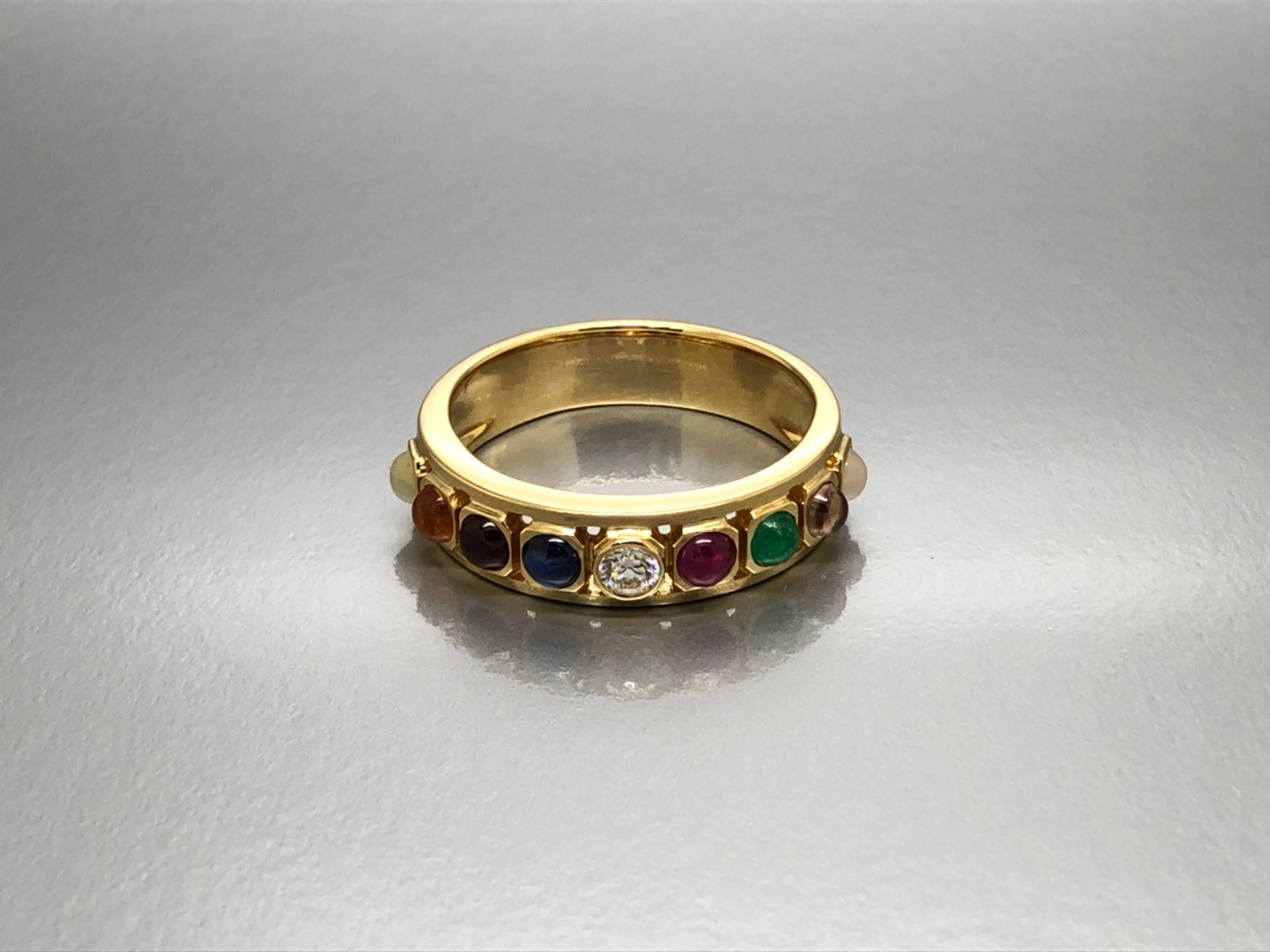 Conclusion: The Nine Gems Ring – the Highest Point of Destiny

Even though the nine gems ring will bring good fortune to its wearer, hoping to depend on the power of the gems does not sound reasonable. Everything is a result of what we do. Us humans, if we behave well and do good deeds, that will result in bringing us peace of mind and body – but if we knowingly commit bad deeds, it will have the opposite effect. Like the saying ‘Do good deeds and good things will happen to you, do bad deeds and bad things will happen to you’, that is the truth.

Read more: 15 Popular ring styles that you must know today

If you are interested in ordering a nine gems ring to enhance your status and bring you good fortune in your career, we have selected 3 types of the most popular nine gems rings of all times that have been specially designed by our experts. The ideal cut diamonds have been carefully selected and the gems are from world-renowned sources, just for you. 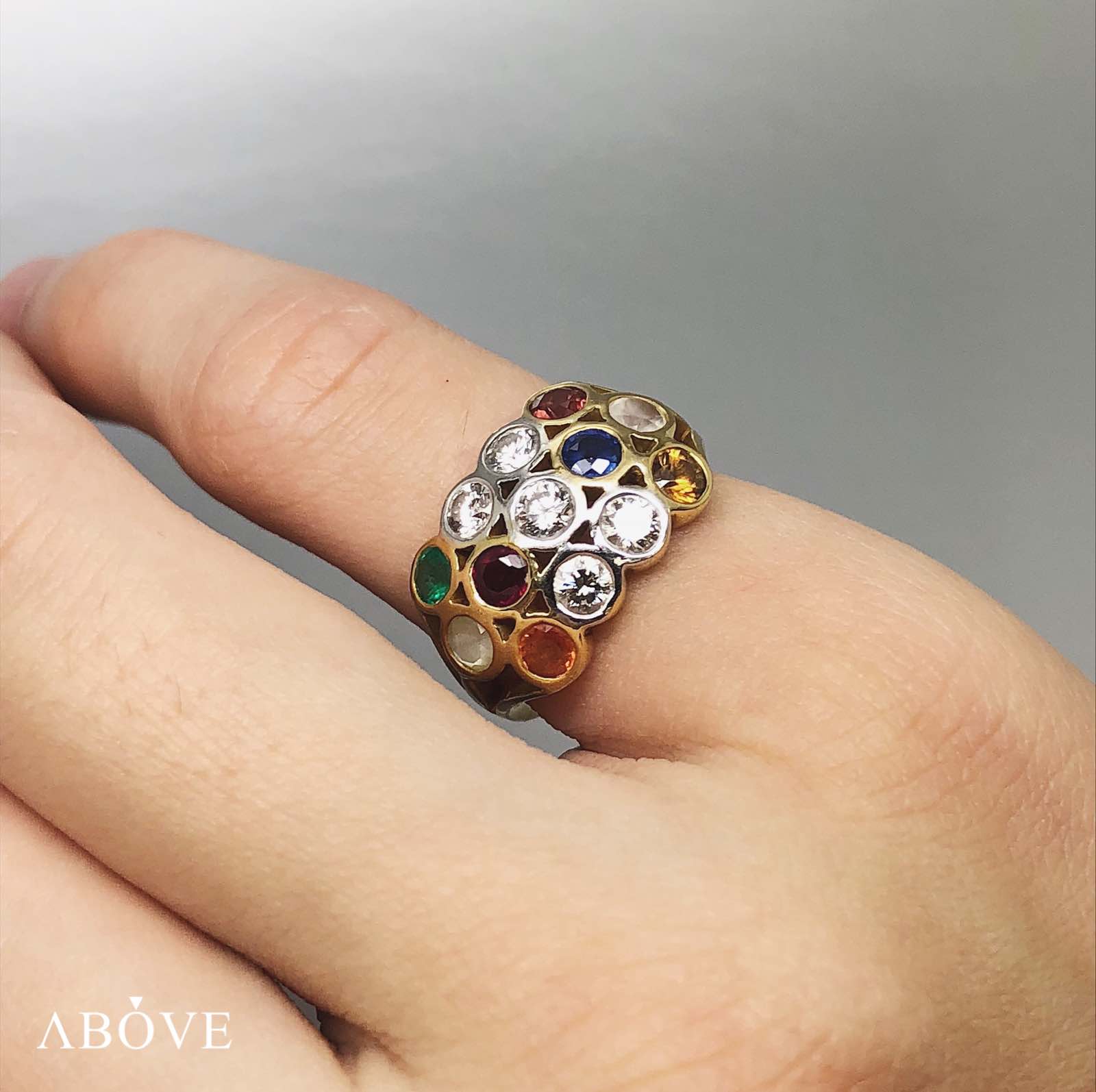 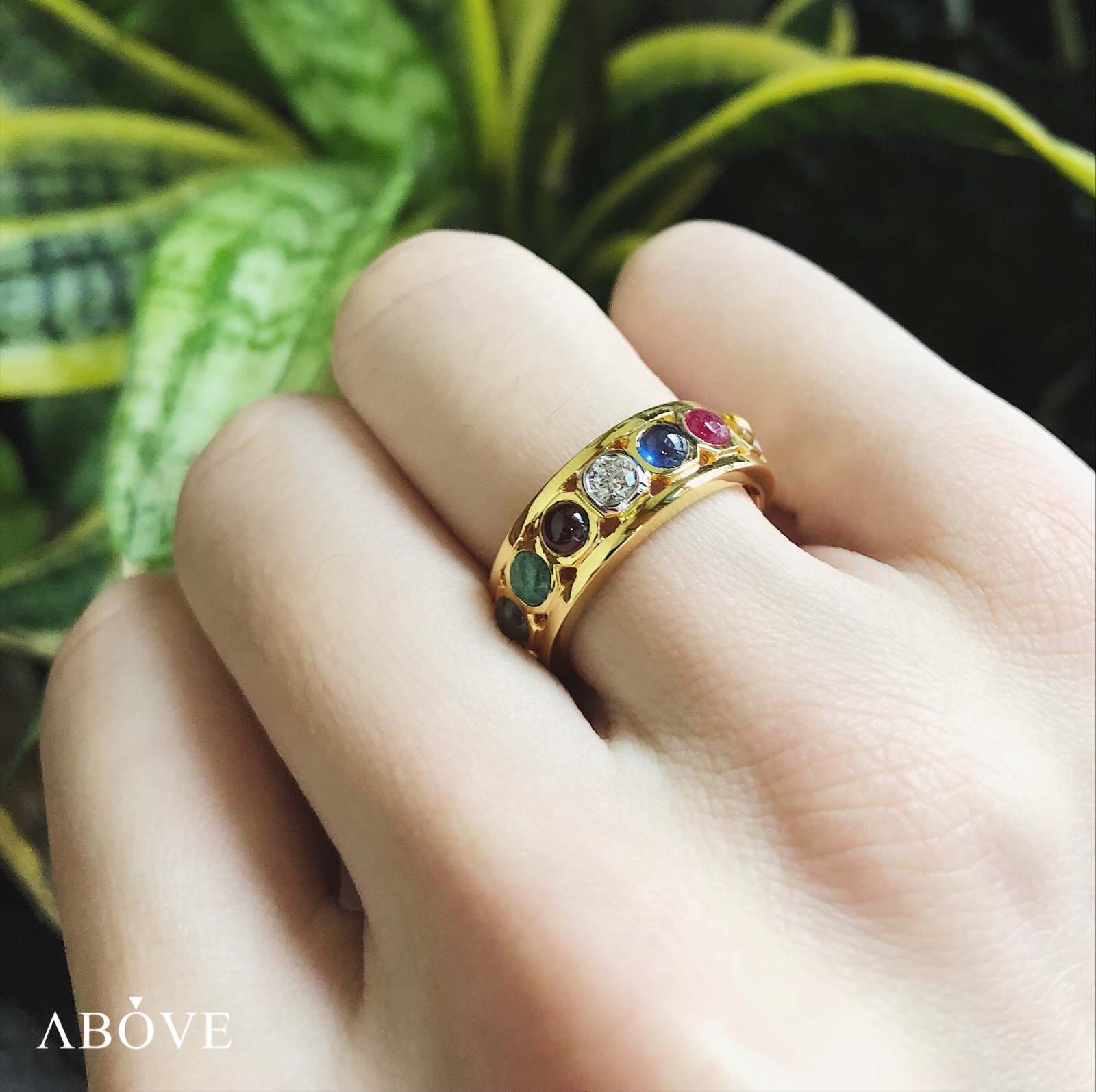 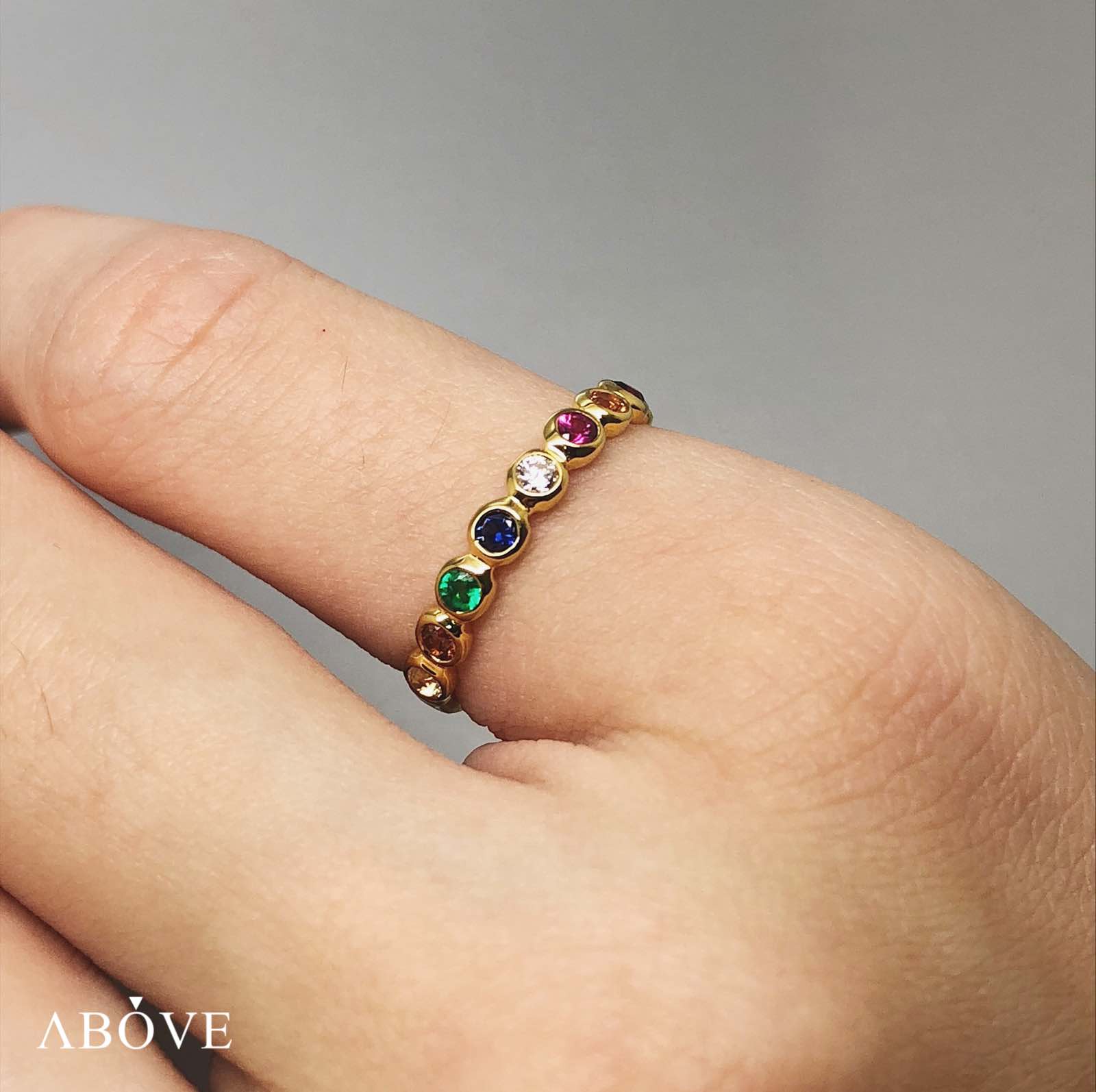 If you are interested in ordering a nine gems ring that we have specially designed, you can contact us right now. 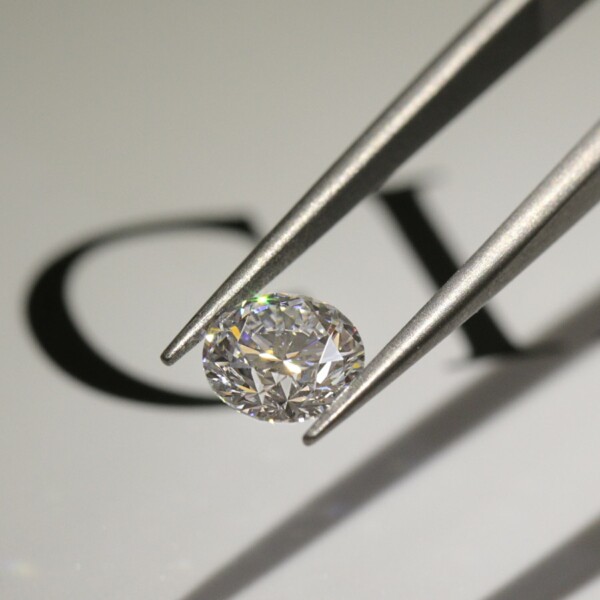 How do you know the carat weight of a diamond and what does it mean? 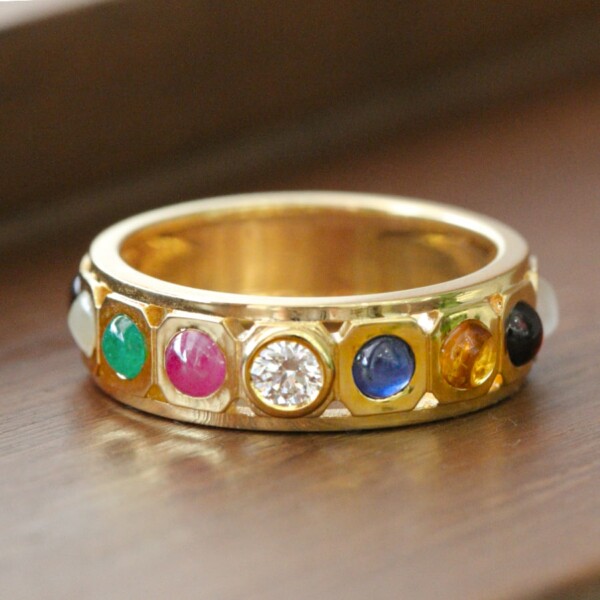 Nine Gem Rings: Enhance Your Luck by Knowing How To Find High-Quality Gems

Why not arrange a trip to meet our designers? We’re ready to share our extensive knowledge and offer you a special experience trying on a wide range of pieces.